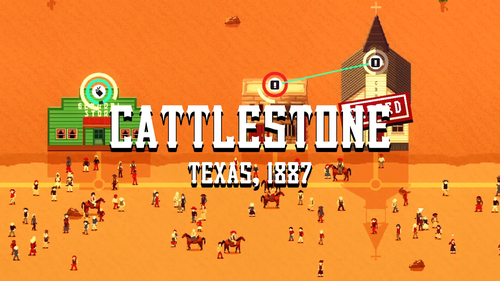 There are 17 bug fixes and improvements in Beta 2.1

- Fixed the bug where pausing while in a conversation will lead to freezing.

- Fixed the bug where Building Info Interface is still visible while placing buildings.

- Fixed the bug where some tutorials can't be completed.

- Fixed the bug where the 'SetOwner' button is still visible on Civilian Manager Interface.

- Some of the game features will need to be unlocked by completing the tutorials such as Building features, Darlene's powers. and etc.

- Building Activities will now be unable to access while assigning workers.

- Pressing T can be used to enter the conversation with the NPCs.

- Display the location of assigned civilians when hovering over Civilian Slots.

- Correcting the sorting layer of the closed sign on buildings.

Get Gunman and the Witch

Gunman and the Witch